Visit the imperial cities
with our Moroccan tour holidays

Morocco’s imperial cities all have their own individual charm. Discover their rich history, architecture, and culture on our Moroccan tours.

Discover the beautiful imperial cities of Morocco, including Meknes, Rabat, Fes and Marrakech, as well as many other locations. Along the way, you’ll explore beautiful mosques, marvel at tombs and palaces, watch traditional Moroccan entertainment and observe skilled craftsmen at work. This tour is perfect for those who want a taste of Morocco’s city life, history and culture.

Want to explore Morocco’s history? Book your Imperial city tour with us today!

We’ll pick you up from Casablanca Mohammed V Airport and start our orientation tour of Casablanca, the economic capital of Morocco.

This orientation tour will include an exterior visit of the Hassan II Great Mosque, a visit to the Palace of Mohammed V, the United Nations Square, and the surroundings of the Royal Palace before we head over for a peaceful stroll along the Ain Diab Corniche. We’ll head for a restaurant of your choice (though we can offer some fantastic suggestions!) before we depart towards Rabat, the capital of Morocco.

Upon arrival in Rabat, we’ll visit the stunning Mohammed V Mausoleum, the Hassan Tower, and Kasbah des Oudaias. Later on in the afternoon, we’ll check-in, get dinner, and stay the night at a nearby riad.

Day 2: Rabat to Meknes and Fes

After breakfast at the riad, we’ll begin our journey towards Fes. Along the way, we’ll stop at the Roman ruins of Volubilis, and the sacred town of Moulay Idriss I, the burial town of the founder of Islam in Morocco.

We’ll then have lunch before heading towards Meknes. This is also known as the Moroccan Versailles which was founded at the end of the 17th Century by Moulay Ismail. Highlights of this day will include Bab Mansour, Hari Souani, and the old medina (arabic quarter).

We’ll then continue onwards to Fes before checking-in at a local riad for the night and having dinner.

This day is spent exploring Fes, the oldest cultural and spiritual imperial city in Morocco. We’ll visit some of the highlights including the Medieval Medina, the Medersas, the Al Qarawiyyin Mosque, and the exceptionally beautiful Fontaine Nejjarine.

After lunch, we’ll visit the Arabian house to observe various craftsmen creating items using ancient techniques. We’ll also have dinner and stay the night at a nearby riad.

After breakfast, we depart towards Marrakech, passing by the town of Immouzer El Kander and the Berber village of Azrou, known for its handicrafts cooperative where you can pick up a myriad of souvenirs. We’ll continue this scenic drive through the lovely wooded mountainous region of the mid-Atlas range until we arrive at the city of Beni-Mellal. We’ll have lunch here before continuing on to Marrakech where we’ll check-in at a local riad, have dinner, and stay the night.

We’ll spend this day exploring Marrakech, the second oldest imperial city, which is known as the Pearl of the South. It’s home to the Saadian Tombs, the Koutoubia Mosque, the Bahia Palace, and the Menara Gardens all of which are well worth a visit.

We will return to the riad for lunch before heading out in the afternoon to explore the souk (market) and the world famous Djemaa el-Fna square, where you’ll find storytellers, acrobats, snake charmers, magicians and much more.

Why not spend your last evening in style with a Diffa Fantasia dinner under beautiful Caidal Tents at the famed Chez Ali restaurant. At a small additional price (£35 per person), the dinner and show package will feature camels and horses, processions representing different Moroccan regions and belly dancers. We will return you to your riad at the end of the evening and say our goodbyes! 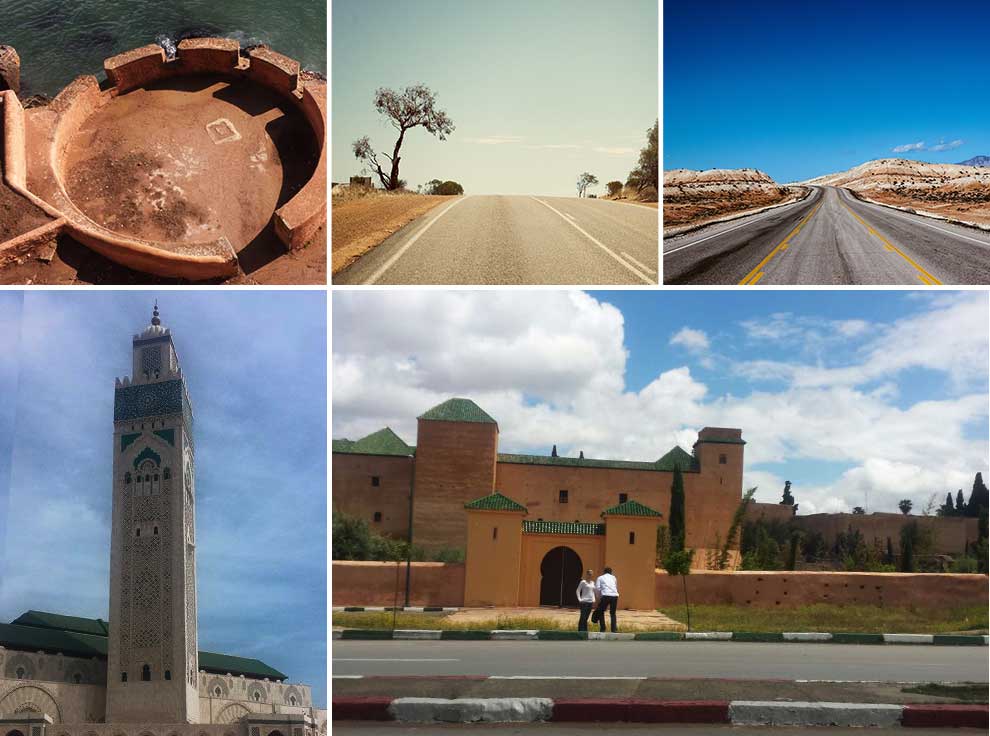 Pick up and drop off:

Explore Morocco’s
Imperial cities. Get in
touch with us!

We offer reductions of tour price for children under 12, please check our booking terms for more information.

This is an additional cost of £35 per person and includes, transfer to and from the restaurant, a traditional Moroccan set menu with mint tea and show. Any additions to this, i.e. drinks, will be payable separately by you direct to the venue.

What should I bring?

Our imperial cities tour is perfect for those who want to learn more about Morocco’s history.

Magical Marrakech and The Berber Lifestyle

A Taste of Morccan Desert

The Valleys of South Morocco

Surf and South Morocco from Agadir

Read more
November 28, 2016
0
Book Your Holiday Today!
We use cookies to ensure that we give you the best experience on our website. If you continue to use this site we will assume that you are happy with it.OkRead more