If you want to extend your 24 hours in Fes, a visit to the UNESCO world heritage archaeological site of Volubilis and the imperial city of Meknes might be just the ticket. 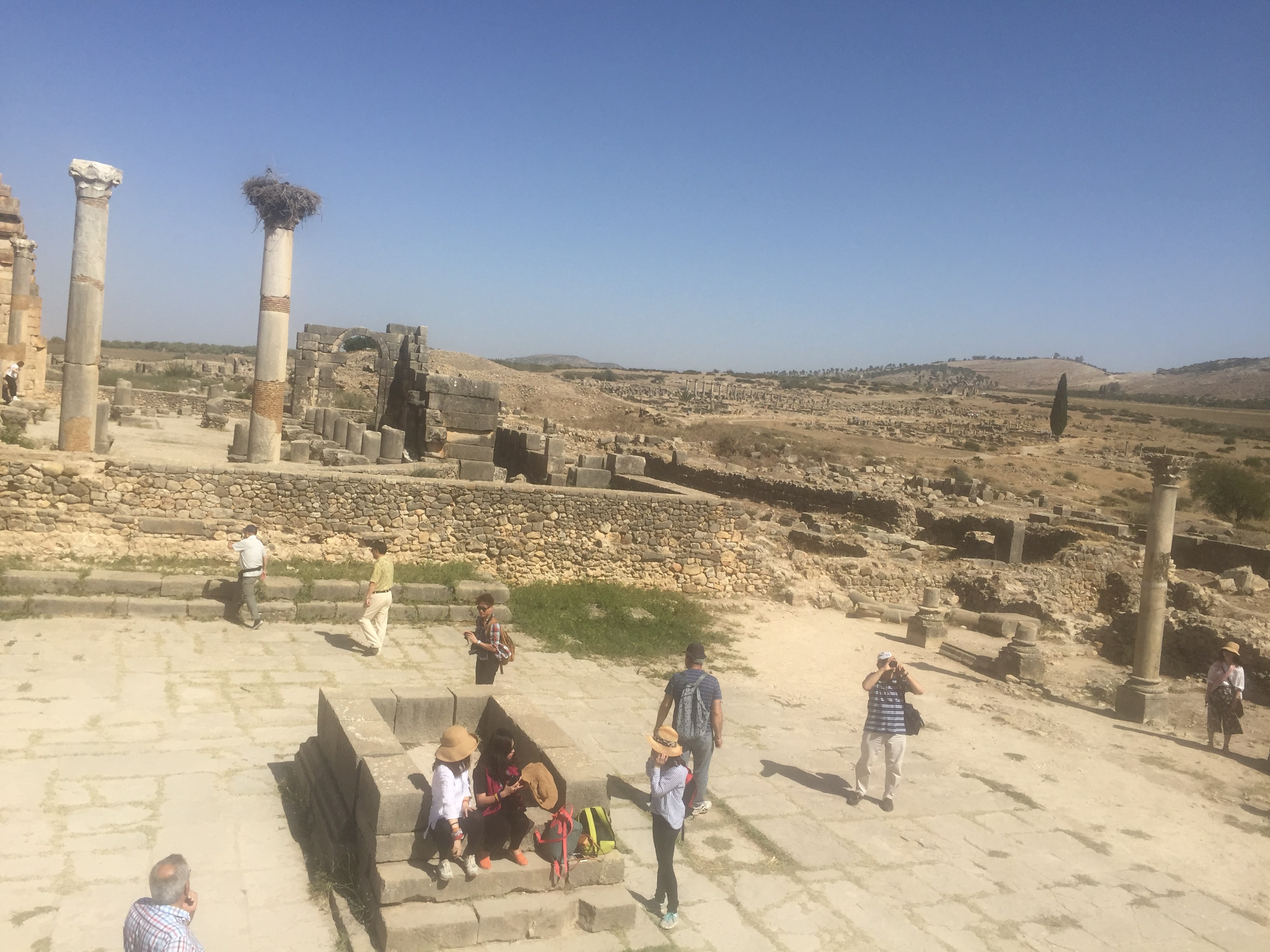 Volubilis is an ancient Berber and Roman city which was once the capital of the Kingdom of Mauretania and is just under a 1.5-hour drive from Fes. The site was abandoned in the 11th Century when the seat of power relocated to Fes but what remains, for someone as geeky as myself, is really something else! 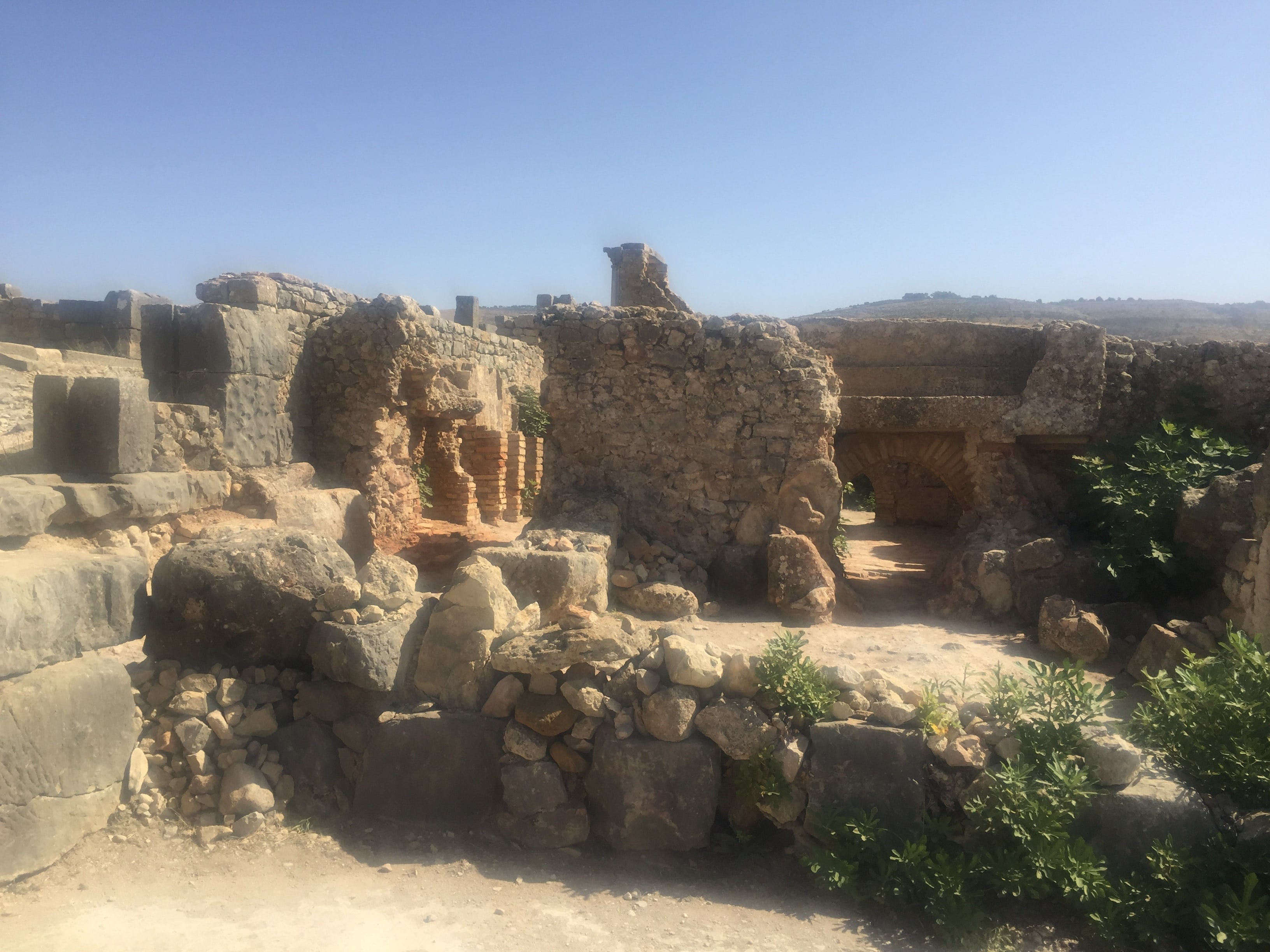 Despite damage from earthquakes and looters, the excavation of half the ancient site has revealed several fantastically preserved mosaics and much of the ancient city has been restored and re-constructed. 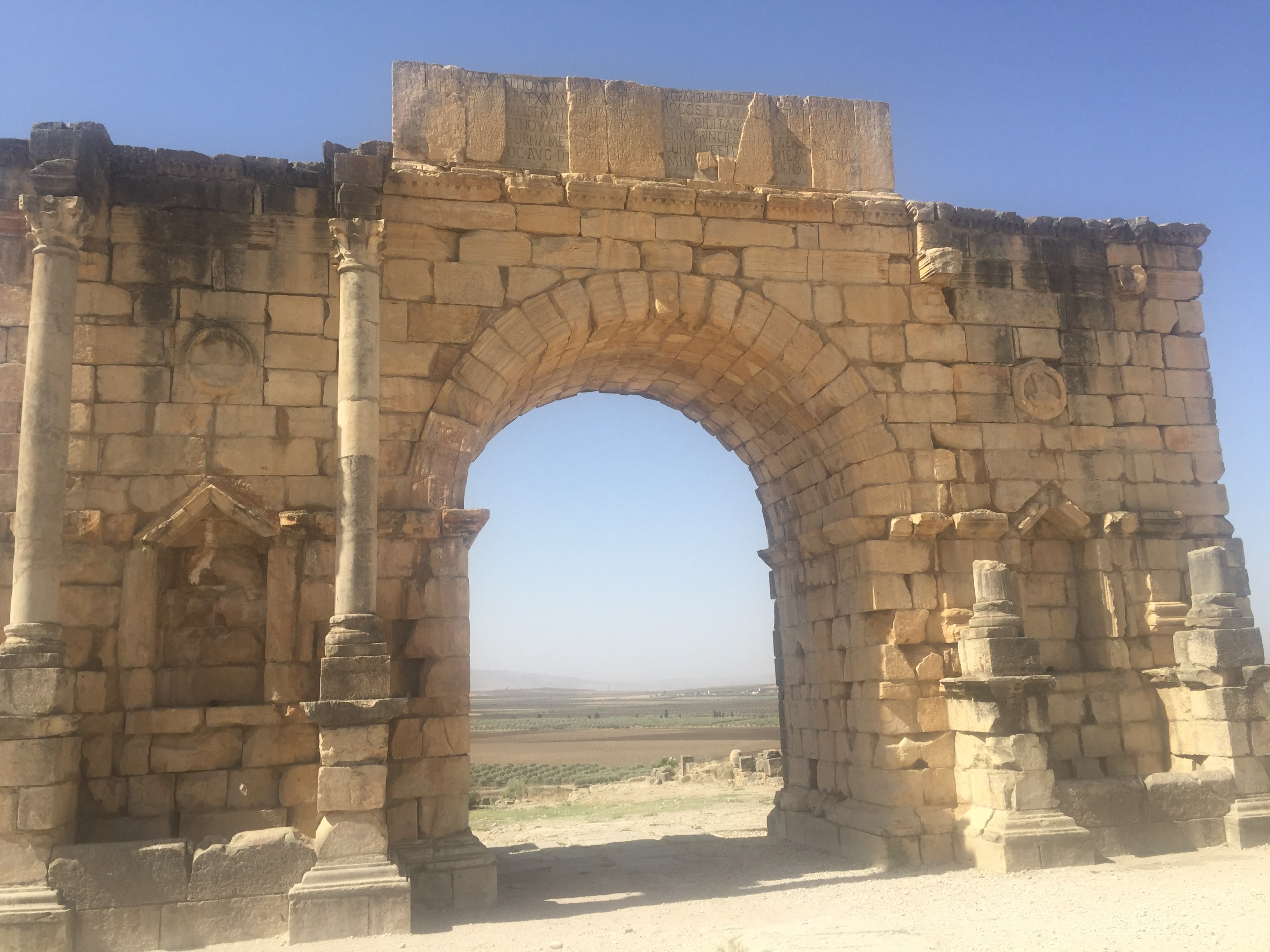 My driver dropped me at gates of the historical site around 11am, where I spent the next hour or so wandering around in complete awe. There are guides at the gates of the site and I would absolutely suggest you get one of them to show you around. They know the site and the history well and can give real colour into how life would have been. They can provide explanation why particular images in the mosaics were chosen and what they represent and, if you are lucky, might even share a mythological tale or two!

Being beside myself with excitement at what I had seen, we hopped back into the car and made our way to the historical city of Meknes. Despite no longer the capital of Morocco, Meknes still holds its place as one of the four Imperial Cities and has plenty of jaw-dropping fabulous sights.

I started the second part of my tour with lunch at a fabulous open-air terrace restaurant over-looking the main square. From my bird’s eye view, some four floors up, I could work out exactly where I would be going next and that was the Dar Jamai Museum, which is nestled into the right-hand corner of the back of the main square. 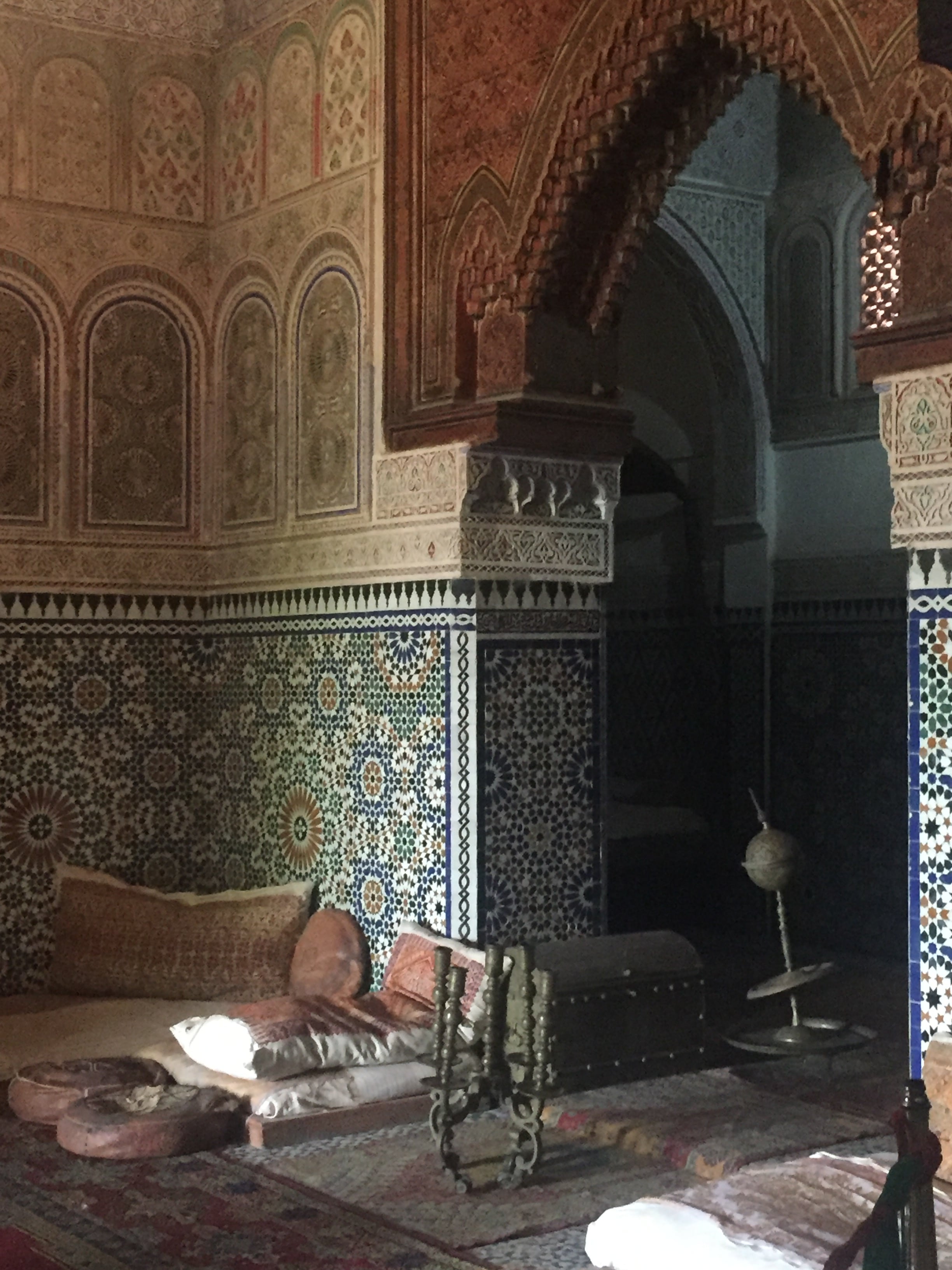 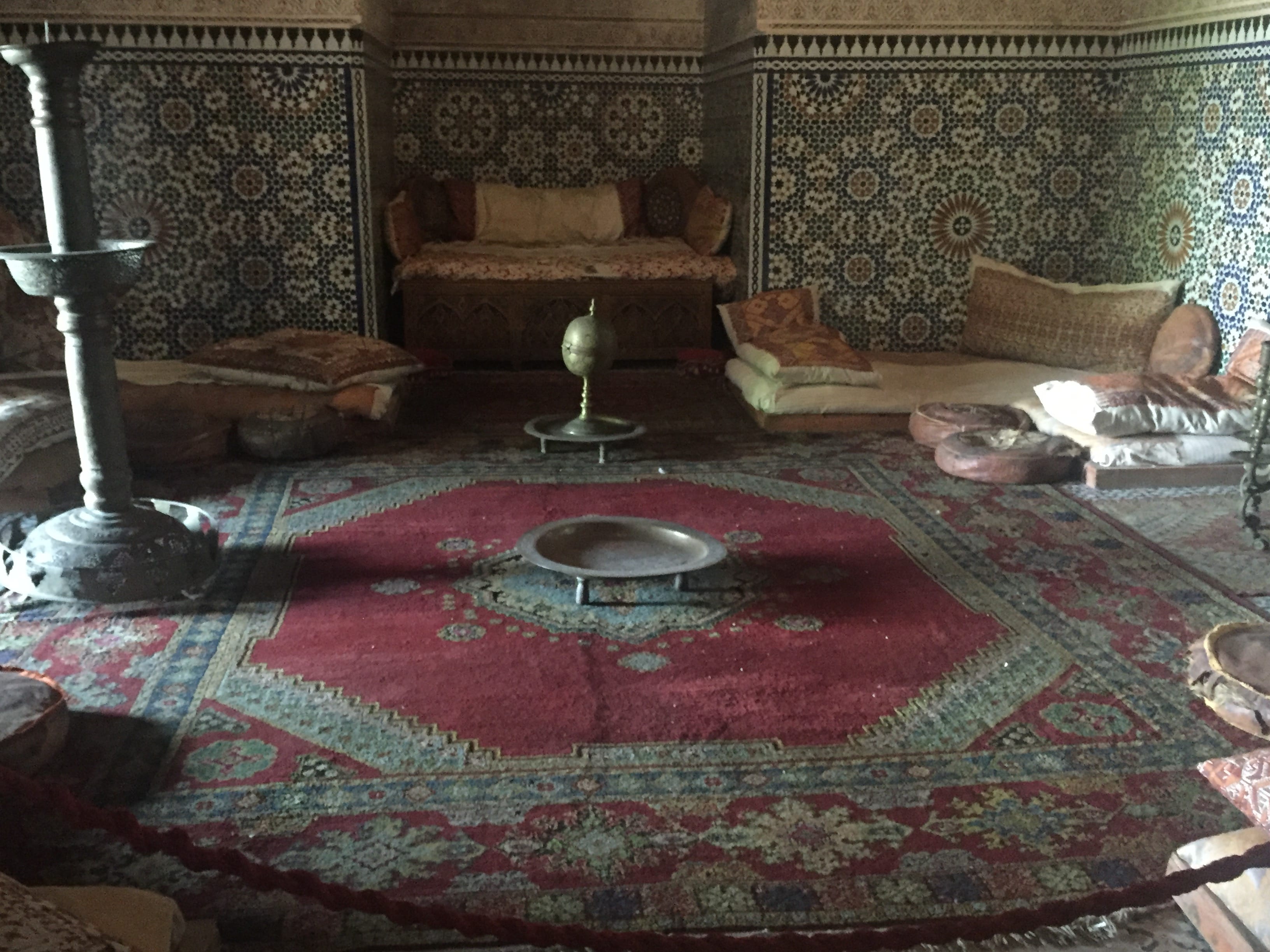 Here you will find fine examples of traditional ceramics, jewellery, textiles and rugs. But by far the most exciting discovery here was the wonderful courtyard garden which provides a cool and shady resting point, before you continue with your tour. 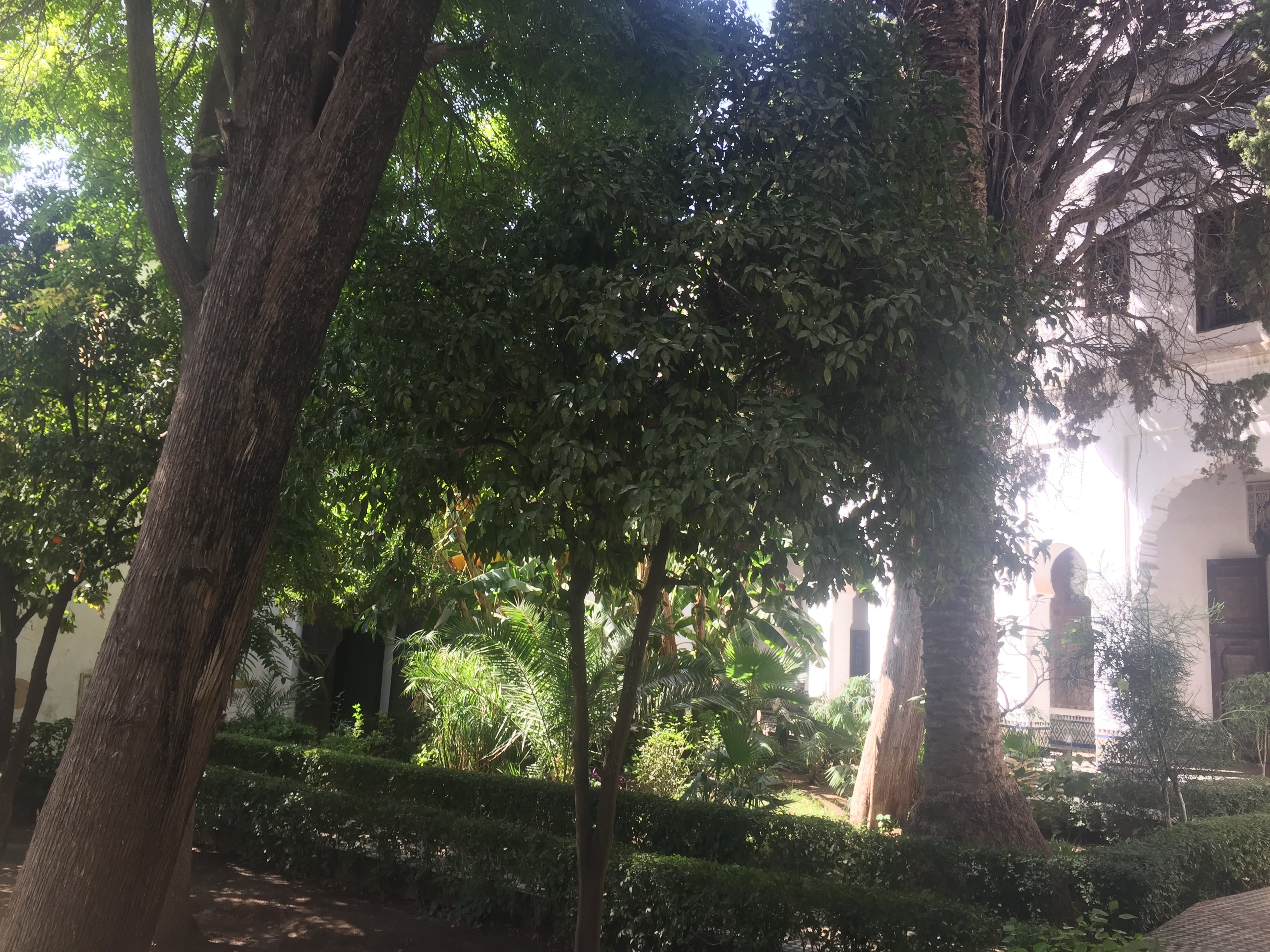 My favourite stop of the tour was the Royal Stables. This monumental site was built under the rule of Moulay Ismail to accommodate no less than 12,000 of the royal horses at the time (yep, you read that right, 12,000!). 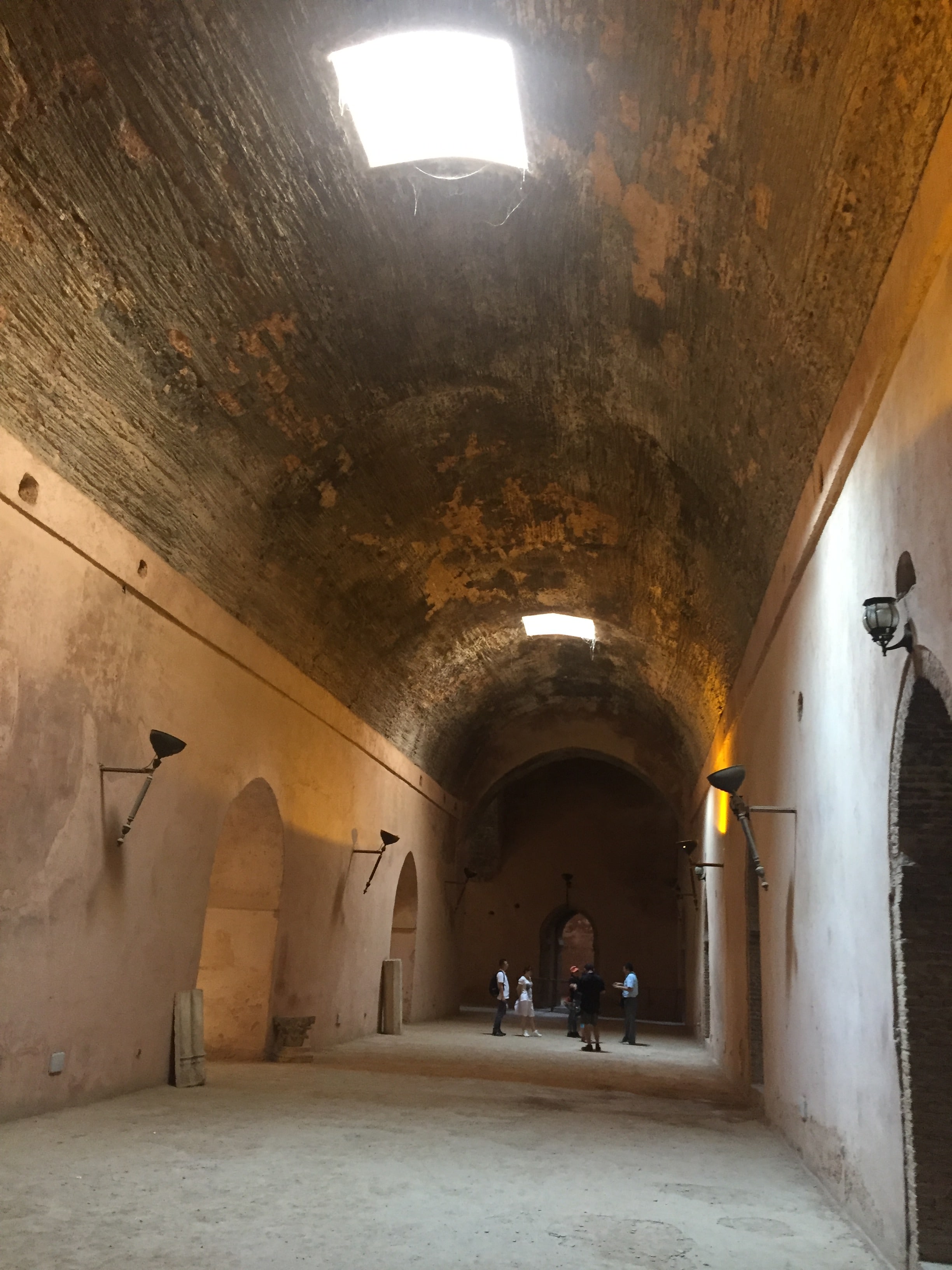 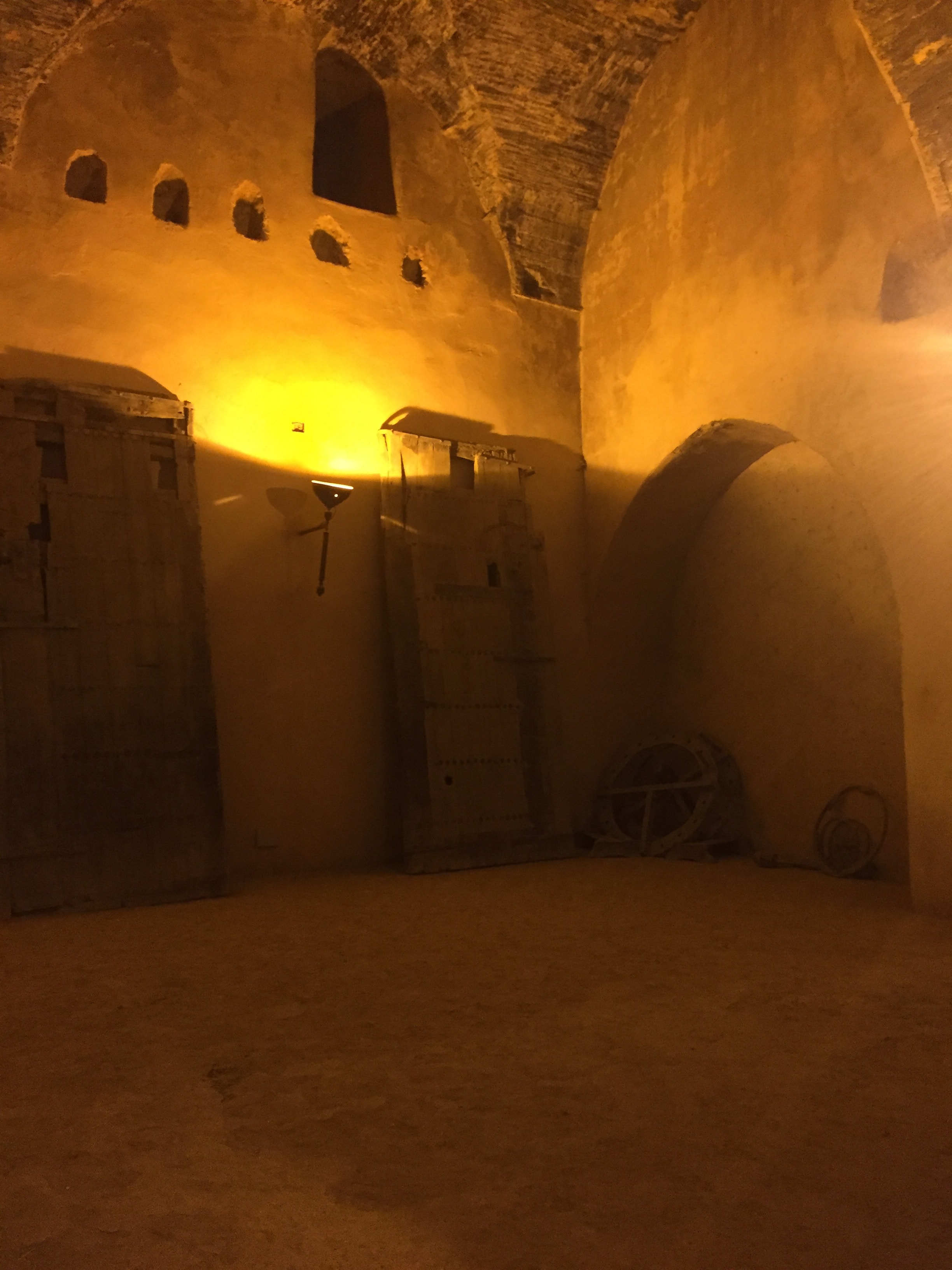 When I read a little more about the history of the place when I got home I discovered that the outside part of the structure which I thought had been purposely built as an outside area, had in fact formed part of the internal part of the building but the roof had caved in during an earthquake during the 18th Century.  This, however, does not detract from the sheer awe inspiring architecture and I challenge you not be amazed! 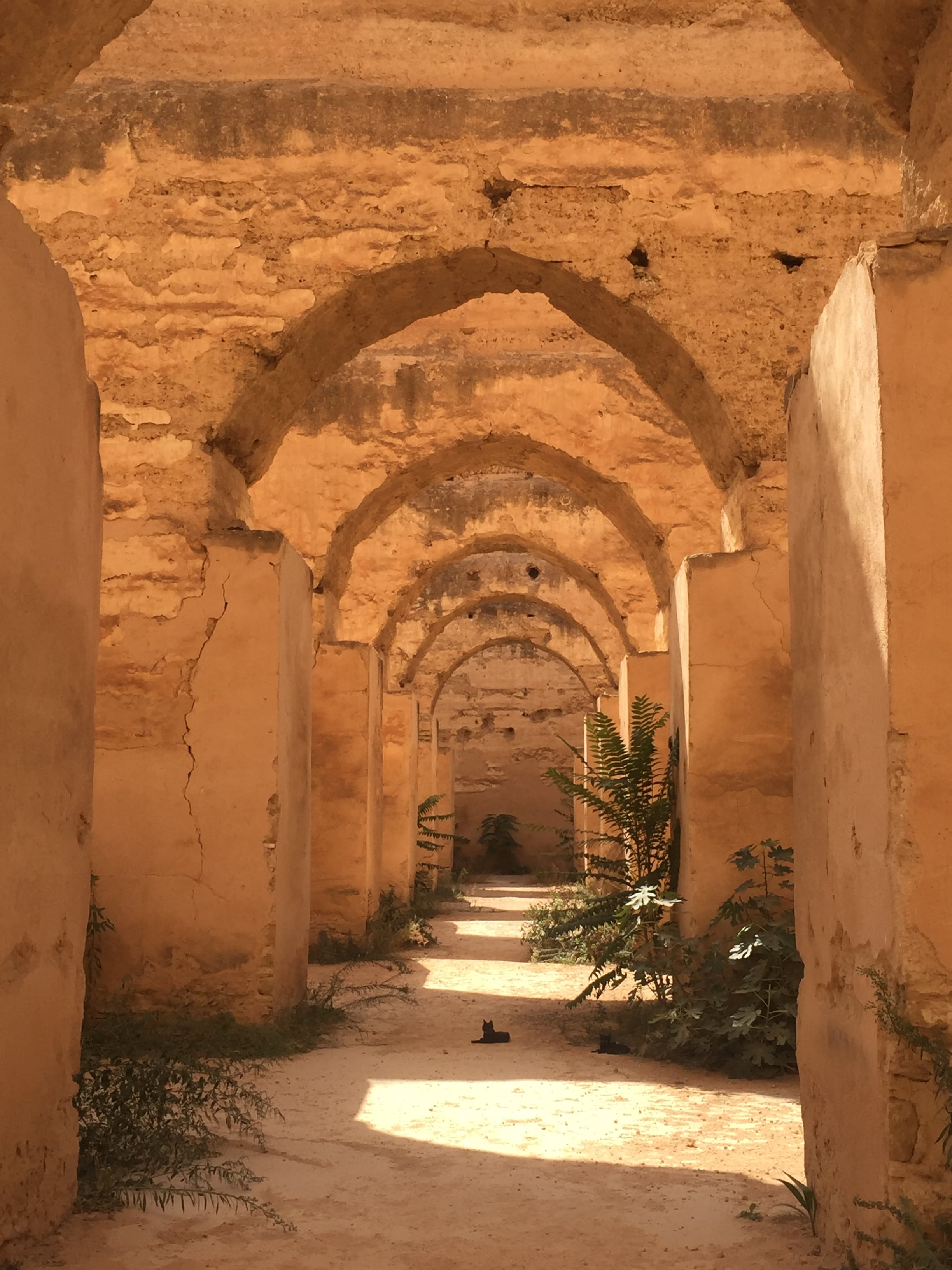 At the end of the tour we headed back to Fes and said our goodbyes. I spent the rest of the evening in the still warm courtyard of my hotel, enjoying a fabulous glass of Meknes red and dreaming of times gone by…

On this trip, Sally stayed at Palais Bahia Fes  and flew into Fes directly from London Stansted (flight around 3 hours) with Ryanair.

If you are interested in visiting Fes, Volubilis and Meknes (along with the rest of the imperial cities!), take a look at our Imperial Cities tour. Perfect for those who want a taste of Morocco’s city life, history and culture.

Want to experience
morrocco for yourself?
Get in touch with us today!

Tell us what you're looking for and we'll be in touch

Book Your Holiday Today!
We use cookies to ensure that we give you the best experience on our website. If you continue to use this site we will assume that you are happy with it.OkRead more